Despite its name the Irish Water Spaniel is classified as a retriever, not a spaniel, in the three countries of the world where it is most numerous: Ireland, its birthplace, the United States and the United Kingdom. However, in the UK this has not always been so. Prior to 1984 the Kennel Club stated that the classification for working dogs was, from the 1950s, that of a Spaniel but before then the breed was allowed to run in either Spaniel or Retriever trials. Indeed the only British Field Trial Champion, Sir Clive Coates’ FT.Ch. Ratie of Helperby was run as a Spaniel and achieved its status in 1936. Since then there have been no British Champions but in Ireland, running as Retrievers, there have been a few, most notably from Eddie Lennon’s Lisnabrogue Kennels. To confuse things further, for dog shows, the Kennel Club classifies the breed as a Spaniel and in mainland Europe it is classified as a Water Dog for both Field and Show competitions and runs against Spaniels in Field Trials. Confused? Don’t be, this complex state of affairs underlines the very real multi purpose nature of the Irish Water Spaniel as a working gun dog.

Writing in 1974 in the complete book of gundogs in Britain (edited by Tony Jackson, ISBN 0 214 20027 2) Mrs J Blest had this to say about the Irish Water Spaniel: “The Irish Water Spaniel is the all-round shooting man’s Complete Companion. This claim is made for many breeds but it is not always easy to justify. In the case of the Irish Water Spaniel actions speak louder than words and no one who has been privileged to work with these dogs in varied conditions can have any doubt as to their all-round suitability. The wildfowler who may spend hours flat on his face in the mud stalking geese, the keen snipe shot who walks miles of bog, the man who finds his pleasure in working heavy cover for woodcock, the Saturday pheasant shooter and the dawn duck flighter will all appreciate that devoted, skilled, intelligent accomplice, companion and friend, the Irish Water Spaniel.” We are certainly not going to argue with that, indeed we can add to it by saying that members of the club also use their Irish Water Spaniels in the beating line as flushing spaniels, on grouse moors and even as deer stalking dogs, anywhere in fact that a keen nose and/or a good retrieving ability is required. In Europe, Irish Water Spaniels have even been recorded as being used to hunt wild boar. 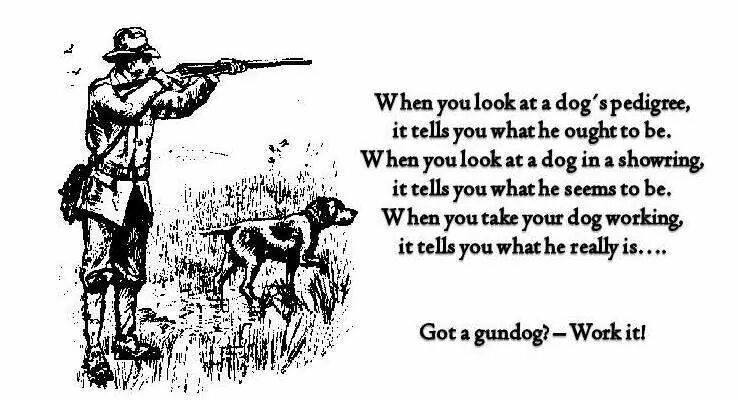